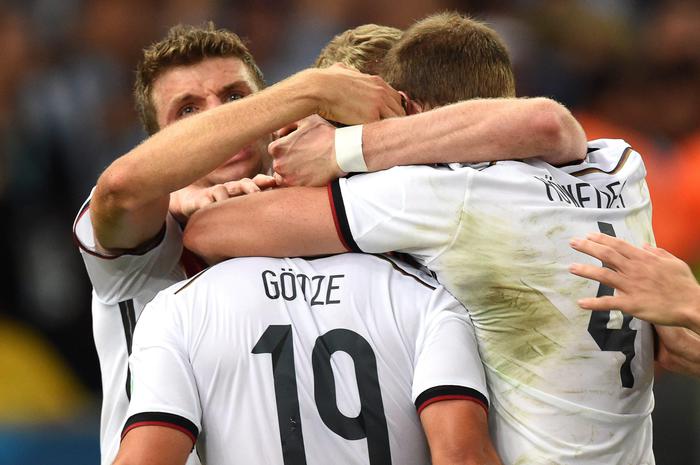 epa04314821 Mario Goetze (C) of Germany celebrates with his teammates after scoring the winning goal during the FIFA World Cup 2014 final between Germany and Argentina at the Estadio do Maracana in Rio de Janeiro, Brazil, 13 July 2014. Germany won 1-0 after extra time.

(RESTRICTIONS APPLY: Editorial Use Only, not used in association with any commercial entity – Images must not be used in any form of alert service or push service of any kind including via mobile alert services, downloads to mobile devices or MMS messaging – Images must appear as still images and must not emulate match action video footage – No alteration is made to, and no text or image is superimposed over, any published image which: (a) intentionally obscures or removes a sponsor identification image; or (b) adds or overlays the commercial identification of any third party which is not officially associated with the FIFA World Cup) EPA/MARCUS BRANDT EDITORIAL USE ONLY 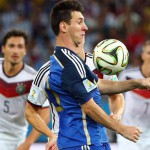